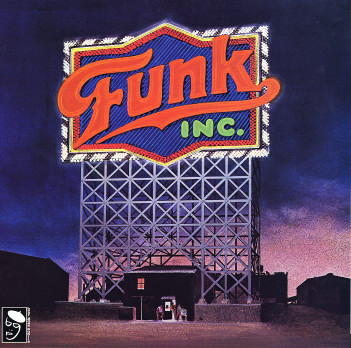 A killer instrumental album of hard organ grooves and funky basslines! This was the album that broke Funk Inc out of their Indianapolis scene, and made them a force to be forever reckoned with in the history of funky jazz. The album grooves hard in the same sound as some of the classic work by Prestige jazz funk giants like Rusty Bryant, Charles Earland, or Ivan Boogaloo Jones – but it's almost even tighter than their work, because the Funk Inc combo as a tightly woven group of players who'd been together for a number of years. The record's filled with monster cuts that you'll recognize immediately, like the group's famous "Kool is Back", which has a monster sample on the intro, and hard heavy Kool & The Gang grooves throughout. Other tracks include "Sister Janie", "The Whipper", and "Bowlegs".  © 1996-2023, Dusty Groove, Inc.