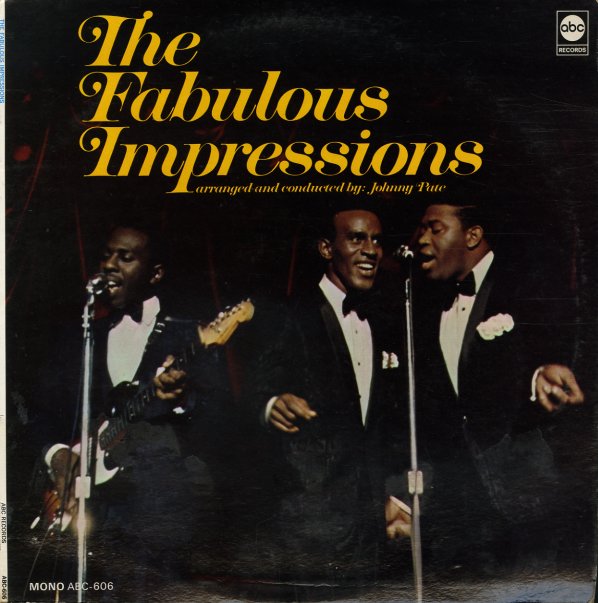 A record with a vibe that's way more than you'd expect from the group's supper club style on the cover – as the record features a great set of original Curtis Mayfield compositions, sung by the group in great form, with arrangements by the total genius Johnny Pate! The record is filled with haunting soul tracks like "Isle Of Sirens", "Aware Of Love", "It's All Over", "Love's A Comin", "You Ought To Be In Heaven", and "She Don't Love Me" – all written by Curtis, and all proof that he's always been one of the best soul songwriters! A nice little gem that often gets lost in the band's catalog – but one to seek out, even if you're a bit nervous about a record with "fabulous" in the title!  © 1996-2022, Dusty Groove, Inc.
(Stereo pressing. Cover has a small cutout hole, some ring and edge wear, and a scrape across the front.)