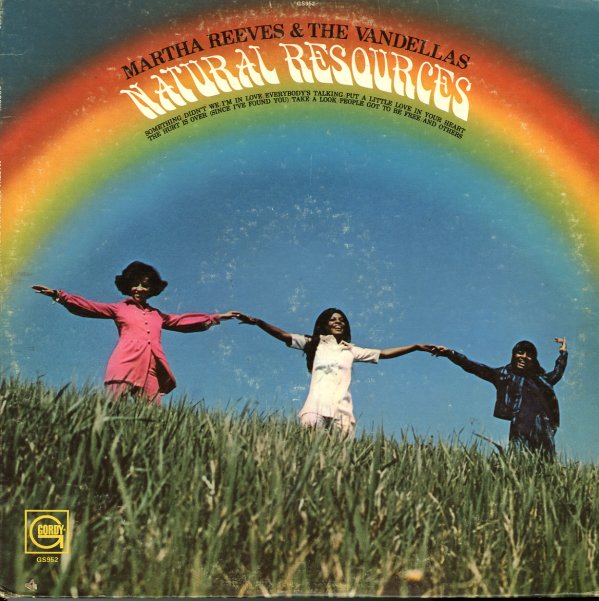 Martha & The Vandellas were one of the few Motown 60s pop groups who actually got better as they got past their initial hit status – as this record will nicely attest! Reeves' vocals are fantastic, and very well trained for material such as this – nice little tracks with tight arrangements by Paul Riser, Wade Marcus, and David Van DePitte. She really shines on the material, and has a much deeper sound than we remember from her earlier stuff. Titles include "People Got To Be Free", "Won't It Be So Wonderful", "Put A Little Love In Your Heart", "Easily Persuaded", and "I'm In Love".  © 1996-2022, Dusty Groove, Inc.
(Cover has a cutout notch, split spine, half split bottom seam, and a name in marker on back.)

Garden Of Love
Gordy, 1980. Very Good+
LP...$7.99
An overlooked gem from Rick James' classic early run for Motown – a set that maybe didn't chart as big as some of his other records for the label, but which stands strongly today as a well-crafted batch of mellow funky soul! James has a bit less of the bass-heavy riffs here than you'd expect ... LP, Vinyl record album