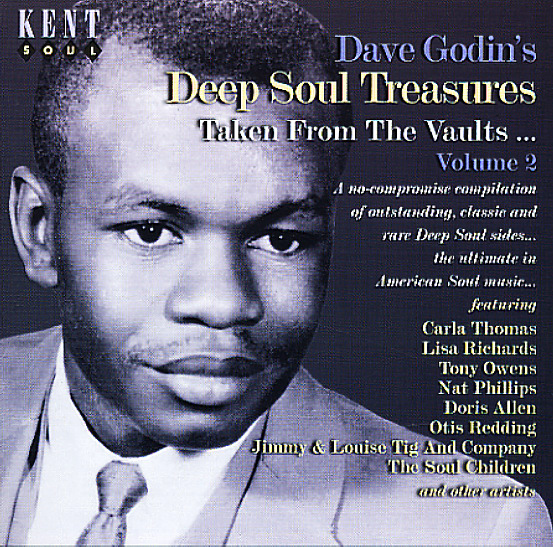 Deep soul is special soul – a certain breed of soul music that features extremely emotive vocal performances, and the kind of gut-level delivery of lyrics you'd find in the best work by legends like Otis Redding or James Carr! Yet despite the fame of those big names, the style is maybe best served up by the legion of artists who worked in the underground – some of the lesser-remembered singers who stand here alongside Redding, in a killer second batch of material all hand-picked by Dave Godin – the man who first coined the "deep soul" term back in the day! The collection seems to be even greater than the first – maybe Dave's feeling even more confident than ever – and features a stunning 25 titles that include "How Much Can A Man Take?" by Big John Hamilton, "Losin Boy" by Eddie Giles, "I'll Run Your Hurt Away" by Ruby Johnson, "Make It Me" by The Premiers, "How Was I To Know You Cared" by Doris Duke, "A Love That Never Grows Cold" by Jimmy & Louise Tig, "Let Nothing Separate Us" by Arthur Conley, "If I Could See You One More Time" by Johnny Adams, and "Hiding In the Shadows" by Eddie & Ernie.  © 1996-2022, Dusty Groove, Inc.