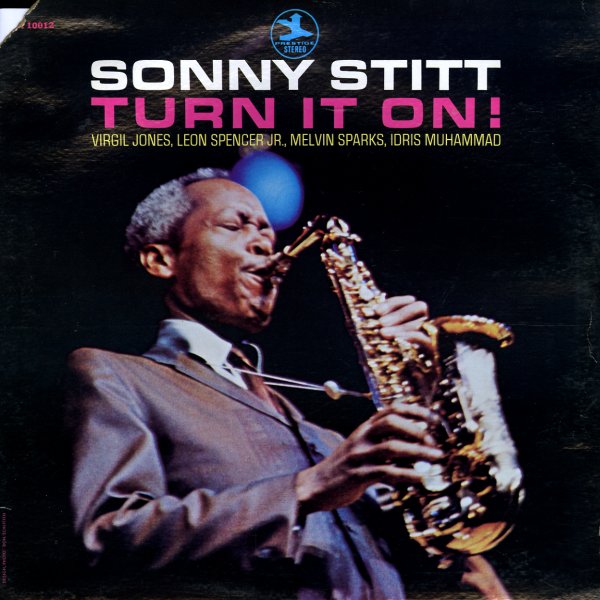 Stitt's in the funky Prestige sound of the early 70s – complete with Idris Muhammad on drums, organ by Leon Spencer, guitar by Melvin Sparks, and trumpet by Virgil Jones. After years of noodling around on the Varitone, never quite hitting his right moment, Stitt breaks out nicely in the company of these hot young funky players. The record's got a few mellow moments that point towards his older ballad style, but the funky numbers are the best. Titles include "Turn It On", "The BBQ Man", and "Miss Riverside".  © 1996-2021, Dusty Groove, Inc.
(Green label pressing. Cover is stained and wavy at the bottom 3 inches, with flaking near the bottom seam.)

Sonny Stitt & The Top Brass
Atlantic, 1966. Very Good
LP...$13.99
A heck of a great little record – one that shouldn't work so well, but it does! For the set, Sonny Stitt's blowing in front of a larger brass section – and while the prospect of a Sonny Stitt big band record might not sound that great at first, this one really kicks, largely because of ... LP, Vinyl record album