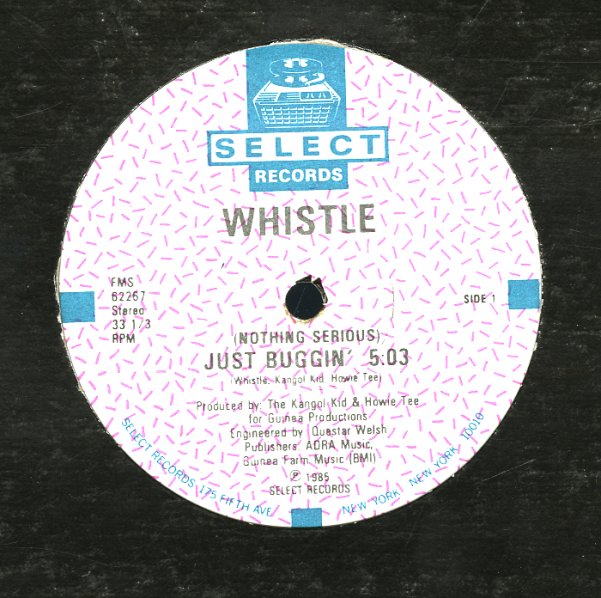 It's hard to place these mid-80's singles on Select – the production and rhyming definitely sound ancient, and they're not timeless in the way the early 80's singles on Enjoy are – but that doesn't mean they weren't kind of fresh at the time. This one, Whistle's best cut, is a good example of what the pop side of hip hop sounded like in 1985.  © 1996-2020, Dusty Groove, Inc.