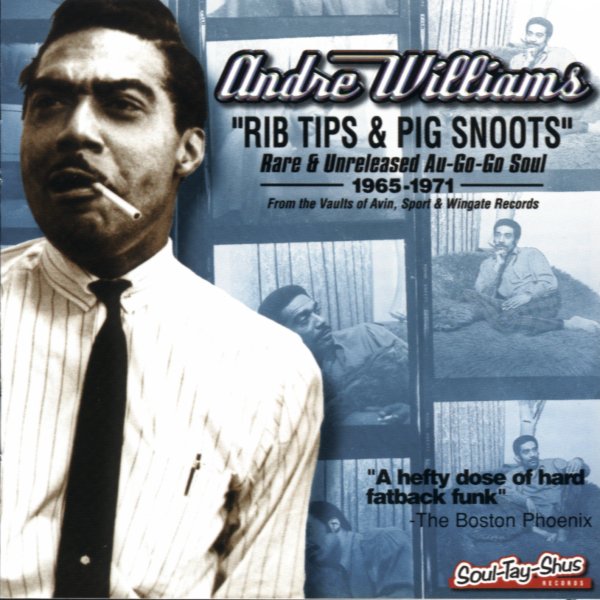 Finally! Andre Williams has been getting loads of press over the past few years as the true "Funky Godfather" that he is – but up until now, nobody's ever done a good compilation of his work! This long-overdue set from Tuff City digs through the vaults of Avin, Sport, & Wingate – smaller labels that Williams recorded with around the same period that he was working with Chess – and the result is a funky funky batch of great little tracks, the sort that we always sell for a bundle on our funky 45 pages! Williams hard funky talent rings loud and true here (a hell of a lot more than on those recent recordings) – and the album's filled with great gems like "Black Bull", "Loose Juice", "Soul Groove", "Bassology", "Hard Hustling", "Jivin Around", "Rip Tips (parts 1 & 2)", "Pearl Time", "Chickent Thights", and the great "Sweet Little Pussy Cat". 16 cuts in all – and nice and funky!  © 1996-2022, Dusty Groove, Inc.