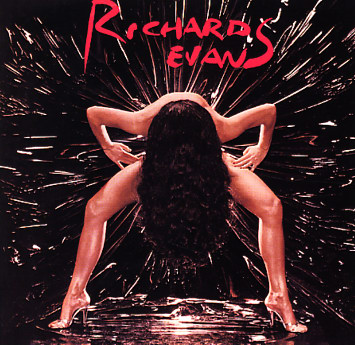 One of the few albums as a leader by Chicago Soul genius Richard Evans – a key late 70s effort that perfectly sums up all his genius on record for countless other artists! The album's got a warm, smooth groove that's totally great – one that builds tremendously from the sophisticated soul advances on the Chicago scene of the 70s – and which features bits of jazz, soul, and even Brazilian influences gliding wonderfully through the mix! There's a sense of pride, power, and confidence here that graces every single number – and in a way, the album's almost like a Quincy Jones effort from the same stretch – with Evans' showcasing a new side of his talents, and his collaborators, on every different number. Linda Williams sings vocals on the groovy "Capricorn Rising", Eddie Harris plays on "Do Re Me For Soul", Billy Durham sings on "Windy City", Tower Of Power guest on "Educated Funk", and the group offers up a remake of Evans' Soulful Strings classic "Burning Spear".  © 1996-2021, Dusty Groove, Inc.
(Cover has ring and edge wear.)