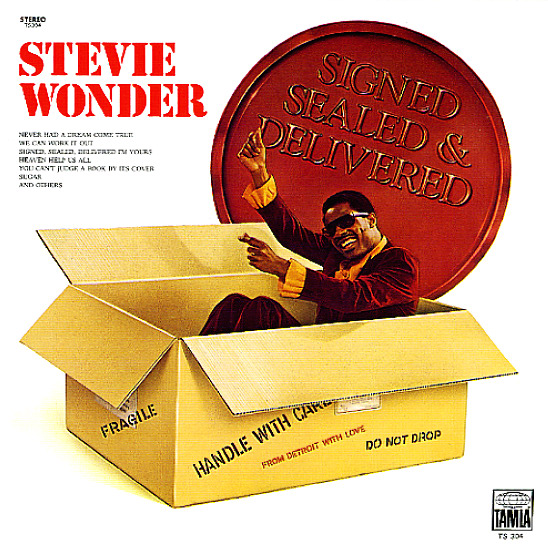 A mega-hit for Stevie Wonder – an album that features a killer title cut, plus lots of other wonderful tunes that show the world that a full-formed adult soul star had arrived on the market! There's a depth here that's really great – not the totally heady, righteous sound of Stevie in the early 70s – but still a sensitivity that goes beyond simple Motown pop, and which is also underscored with some great keyboard work as well. Wonder produced the record, and arrangers include Paul Riser, Wade Marcus, and Henry Crosby – and titles include the huge title hit – "Signed Sealed & Delivered" – plus "Heaven Help Us All", "Sugar", "Never Had A Dream Come True", "Don't Wonder Why", and "I Gotta Have A song".  © 1996-2021, Dusty Groove, Inc.
(Reissue pressing. Cover has a cutout notch.)