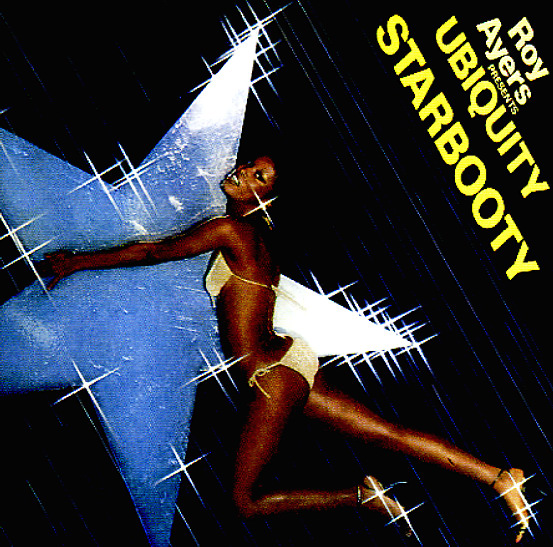 A killer side project from Roy Ayers – recorded right around the same time as the Ramp album, but with a different feel over all – proof that the Ayers empire was really exploding at the end of the 70s! The vibe here is quite similar to some of Roy's own albums over at Polydor – a great balance between upbeat groovers and mellower steppers – all done with a nice undercurrent of jazz, thanks to some sweet keyboards from Philip Woo and saxes from Justo Almario – both of who played often with Ayers as well. The vocals are especially great – wrapped up warmly along the rhythms, mixing the male/female leads of Jimmy Haslip and Sylvia Cox with some additional backing vocals from group members – creating a righteous ensemble sound that's totally wonderful, and very much in the Roy Ayers spirit. Titles include "Spread It", "If You Wanna See The Sunshine", "The Five Flies", "Midnight After Dark", and "Love Is Love".  © 1996-2021, Dusty Groove, Inc.
(Cover has ring & edge.)