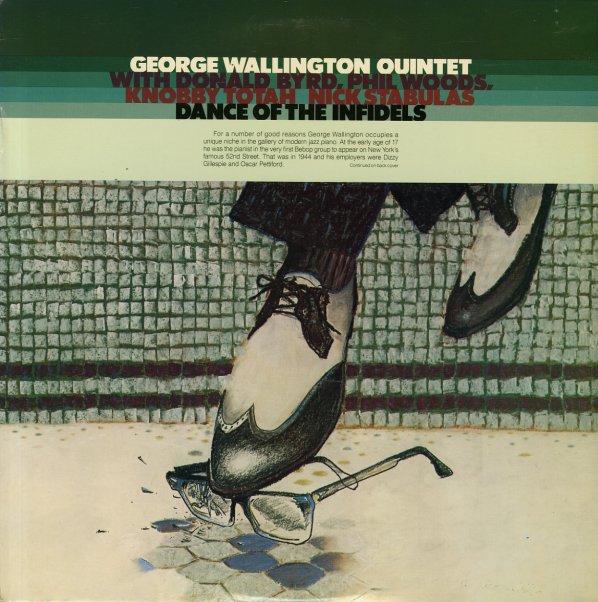 Dance Of The Infidels (aka Jazz At Hotchkiss)

A rare quintet session from George Wallington – and a smoking little record we'd rate right up there with his other non-trio sides of the 50s! The set's done in that hard-edge Savoy mode of the time – relaxed and open, with lots of dark elements in the rhythms – and beautifully blown solos over the top from Donald Byrd on trumpet and Phil Woods on alto, plus plenty of piano from George! Knobby Totah handles bass and Nick Stabulas handles drums – and titles include "Dance of the Infidels", "Ow", "Before Dawn", and "Strange Music".  © 1996-2020, Dusty Groove, Inc.
(Cover has a cut corner, promo sticker, and bent corners.)