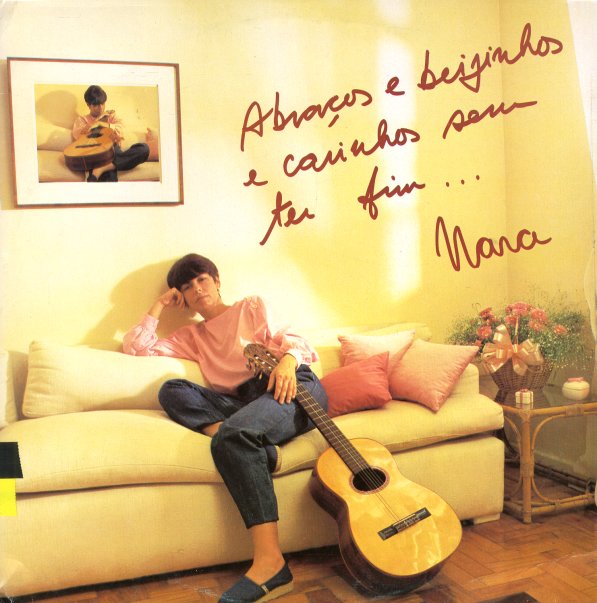 Nara Leao recorded some incredible albums at the end of the 60s in Brazil – and she returned to greatness in the 80s with records like this – done with a different sound that really marked a strong second chapter in the singer's career! The record features a fair bit of bossa nova classics, but updated instrumentally by arranger Roberto Menescal – still light and lovely, but with slight contemporary elements in the instrumentation – balanced by that very unique way that Nara has of singing – almost the depth of a great European singer, but with a Brazilian sense of balance that never bogs things down at all. A really lovely record – with titles that include "Wave", "Sublime Tortura", "Ate Quem Sabe", "Eu Preciso De Voce", "La Vem Voce", "Voce E Eu", "Telefone", and "Sabe Voce".  © 1996-2023, Dusty Groove, Inc.
(Cover has a name in pen and a three inch tear in the opening.)