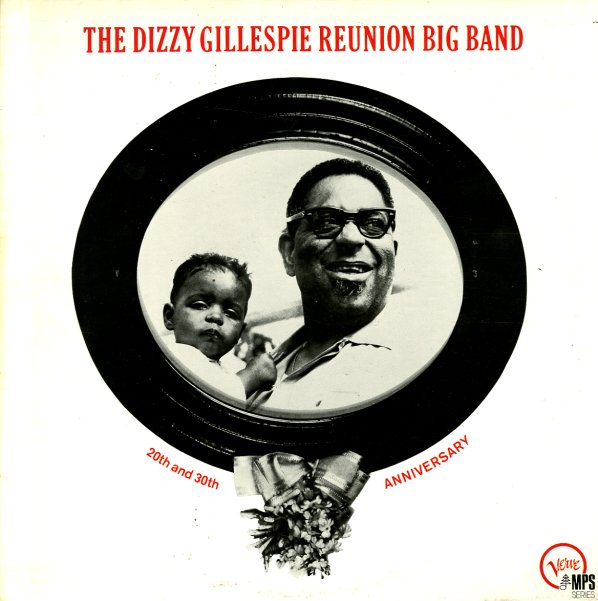 Tremendous live work from Dizzy Gillespie – and one of his few big band sessions from the time! The album has Dizzy recreating his bigger group sound of the 50s – but with a groove that's much more lively, open, and swinging – very much in keeping with the MPS big band style of the late 60s, which is no surprise given that the album was recorded for the label! Players here are all great – and include Jimmy Owens, Dizzy Reece, Tom McIntosh, Curtis Fuller, Chris Woods, and Sahib Shihab – bursting out with strong solos on some very long tracks! Titles include a beautiful 10 minute reading of "Con Alma", plus "The Things Are Here", "Things To Come", and "Frisco", a great one by Mike Longo, who's also with Dizzy's group at this point!  © 1996-2021, Dusty Groove, Inc.
(Red label German pressing. Label has a small bit of pen, but is nice overall.)