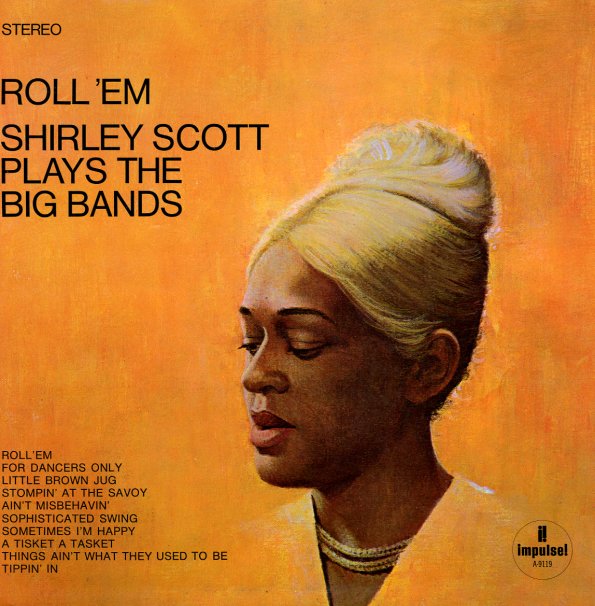 Despite a title that might make you think otherwise, this is actually a pretty darn groovy session, one that features Shirley wailing away on the organ, with big Oliver Nelson arrangements behind her – in a style that's similar to Nelson's work on Verve with Jimmy Smith. The set list features tracks that were made big by the bands in the old days, but Shirley and Oliver turn them into sparkling little 60s groovers, thanks to some good arrangements, and to some nice players in the group. Titles include "Tippin In", "Roll 'Em", "For Dancers Only", "Little Brown Jug", "Sophisticated Swing", and "Things Ain't What They Used To Be".  © 1996-2021, Dusty Groove, Inc.
(Mono orange & black label pressing with Van Gelder stamp. Cover has a name in pen and some stains inside the gatefold, and splitting in the bottom seam held with masking tape.)