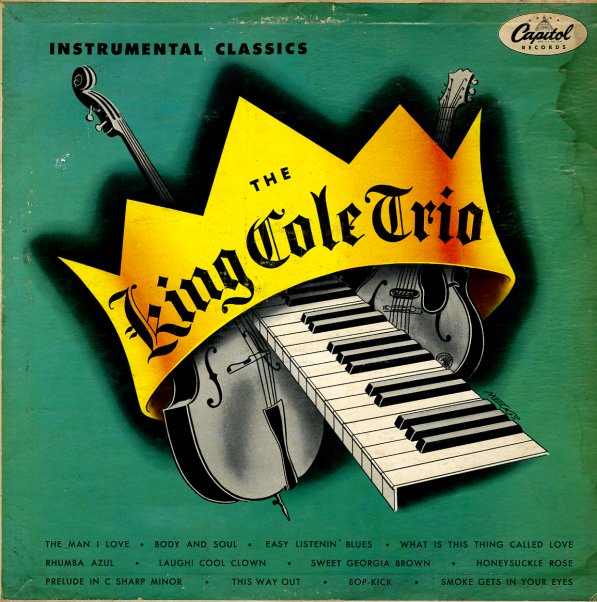 Nice Capitol album from the 50s, one that compiles instrumental sides by Nat King Cole and his tight little LA combo that forever changed the face of jazz and R&B. It's nice to hear Nat only on piano here – and backing by the great Oscar Moore on guitar is really a treat! Titles include "Rhumba Azul", "Prelude In C Sharp Minor", "Laugh! Cool Clown", "This Way Out", "Bop Kick", and "Easy Listenin' Blues".  © 1996-2022, Dusty Groove, Inc.
(Japanese pressing, with obi – ECJ 50057)