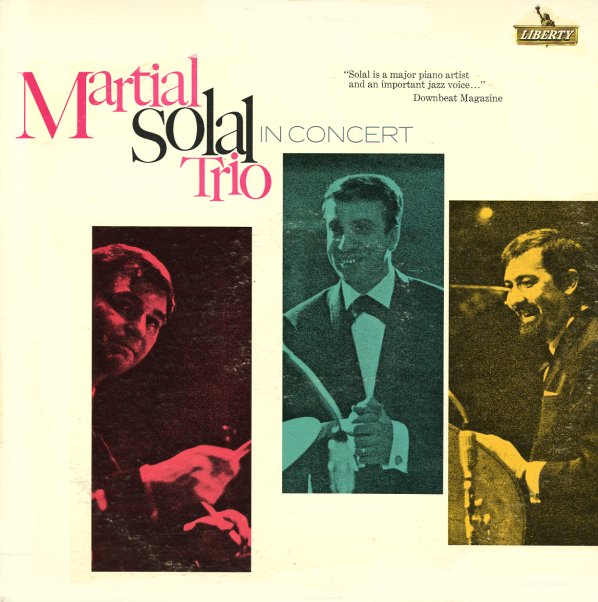 One of a few albums released in the US by the famous French pianist Martial Solal – a player who'd made a bit of a splash in the early 60s, when he was making a few appearances in America. This album presents a Solal that's more straightforward, more traditional than on later, more avant recordings. This one captures a strong side of Solal's playing – and features him in a trio with Guy Pederson's bass. Titles include "Dermaplastic", "Nos Smoking", "Special Club", and "Gavotte A Gaveau".  © 1996-2021, Dusty Groove, Inc.
(Stereo pressing with deep groove. Cover has some splitting in the top seam and mostly split bottom seam.)

Heart String
Liberty, 1978. Near Mint-
LP...$5.99
Earl Klugh's definitely got his heart on his strings here – working in this warm, mellow mode that's mighty nice – set to gentle orchestrations by Dave Matthews, which work perfect for Klugh's groove! There's nothing too over the top here, and Earl mixes acoustic and electric in a ... LP, Vinyl record album