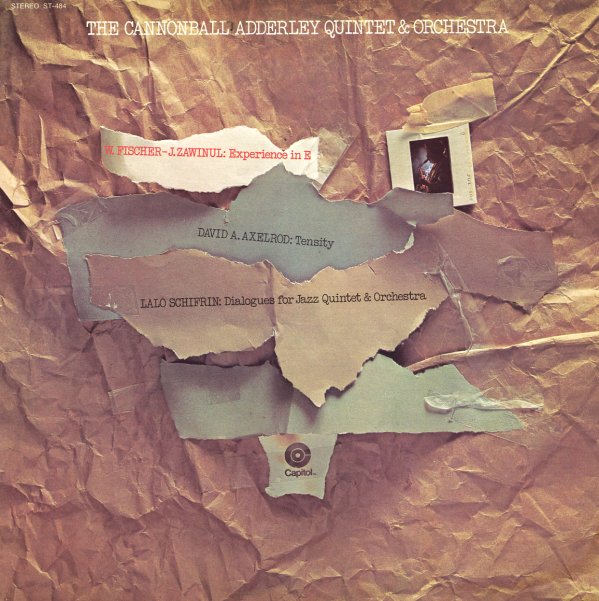 A great lost chapter in the Cannonball/David Axelrod story! The record features Cannon's classic quintet performing some longer, more serious works with orchestral backing – and the sound is vaguely similar to some of Axelrod's "high concept" work for Capitol. The record features a recording of Axelrod's "Tensity" and William Fischer's "Experience In E", both conducted by Fischer, a hip modern soul-oriented arranger, with a sound that's not dissimilar to Axelrod. The last piece on the album is a nice long one by Lalo Schifrin, "Dialogues For Jazz Quintet & Orchestra", which is also conducted by him as well.  © 1996-2022, Dusty Groove, Inc.
(Green label pressing. Cover has light wear and a cutout hole.)