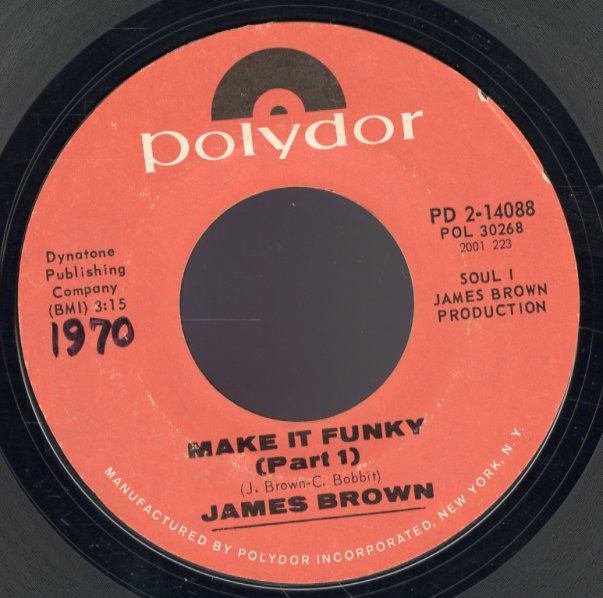 The Godfather at the height of his powers! The track's a killer 2-part heavy funk track – with a riffing vamp that you'll recognize immediately, and loads of tight work from the JBs! The stuff that funky legends are made of – and funky all the way through!  © 1996-2021, Dusty Groove, Inc.