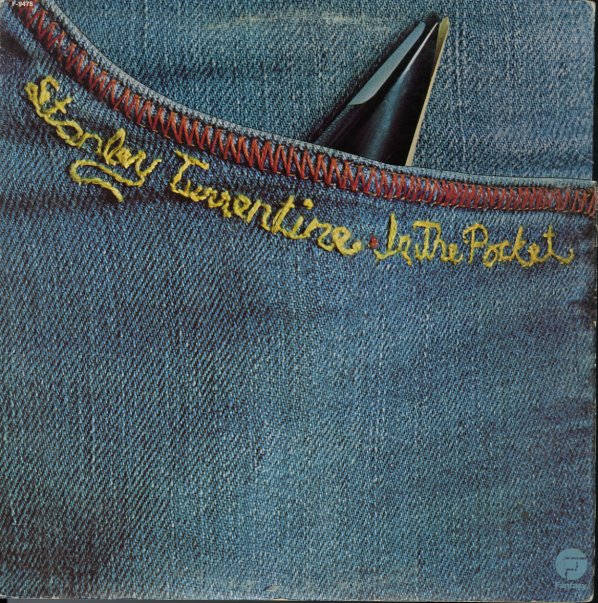 Although this should be a "sell out" album for Stan – because it's got his tenor set amidst some sweeping larger arrangements – it's actually still a pretty dope little LP, and one that shows Turrentine's capacity for hitting a nice groove in kind of a soundtrack-y funk vein. The record features keyboards by Gene Page, who also arranged the whole thing – and it's also got a little bit of background vocals by Edna Wright and Jim Gilstrap. A nice batch of sophisticated easy tunes from Stan the Man – and with the cuts "In The Pocket", "Naked As The Day I Was Born", "Spaced", and "Black Lassie".  © 1996-2022, Dusty Groove, Inc.

Yester Me, Yester You (single LP pressing)
Phoenix10, 1970/1981. Very Good+
LP...$4.99
A lost bit of Stanley Turrentine funky work – recorded between his years at Blue Note and his time at CTI, and nearly lost to the pages of history! Despite the obscurity, though, the album's a great one – done with these short stomping sort of arrangements that remind us a lot of the ... LP, Vinyl record album

Hustlin'
Blue Note, 1964. Near Mint-
LP...$39.99
One of Stanley Turrentine's few organ-based sessions for Blue Note – recorded in the company of his wife Shirley Scott, a real cooker on the Hammond who holds it down masterfully here – and great band that's filled out by Kenny Burrell on guitar, Bob Cranshaw on bass and Otis Finch on ... LP, Vinyl record album

Joyride
Blue Note, 1965. Near Mint-
LP...$28.99
A very successful album for Blue Note – and one that took the searing tenor sax of Stanley Turrentine and backed it with some boldly soulful arrangements from Oliver Nelson! Nelson was perfect at this sort of session – able to provide full backings that infused the record with energy, ... LP, Vinyl record album

Tokyo Concert
Fantasy, 1973. Very Good+
LP...$29.99
A great live date from Bill Evans – one of his essential sides of the 70s, even if you've already got a bunch of other Evans live material! We know what you're thinking: "Do I have this one? Seems to be a lot of tunes here that I've got on other Evans recordings." But take it ... LP, Vinyl record album