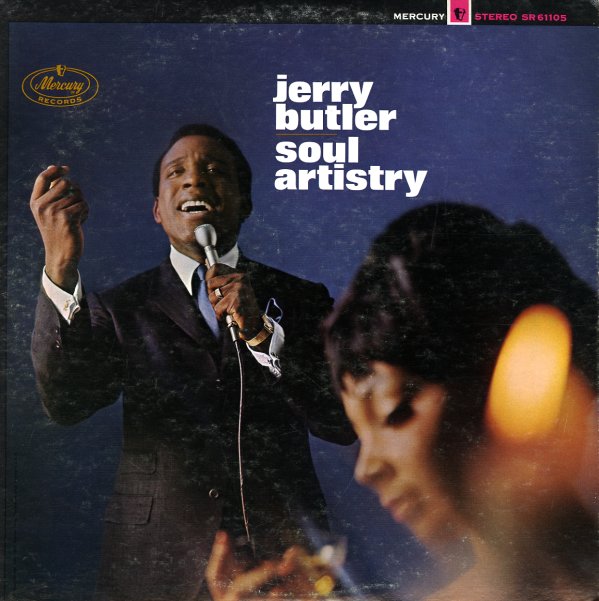 Beautiful uptown soul from Jerry – with pre Gamble-Huff arrangements by Jo Renzetti and Jimmy Wisner. The tracks do a great job of maintaining the perfect Iceman sound from Jerry's late Vee Jay years, yet also hint nicely at the direction to come. Titles include "You Walked Into My Life", "I'm Gonna Make You Love Me", "Some Kind Of Magic", "The Way Of Love", and "Why Did I Lose You".  © 1996-2021, Dusty Groove, Inc.
(Cover has a cutout hole and light wear.)

Giving Up On Love
Vee Jay, 1963. Very Good
LP...$11.99
What can we say? Classic Vee Jay material by The Iceman, and some of the most sophisticated soul you'll ever hear. Sure, this album may be a collection of singles pulled together to make an LP, but that was stock in trade for so many labels throughout the 60s, and well into the next couple of ... LP, Vinyl record album

Man In Love
Pulsar/Mercury, Late 60s. Very Good+
LP...$19.99
A rare non-Stax set from King Floyd – with work that's different than his material for the label – given a bit of New Orleans spin, thanks to arrangements by Harold Battiste! All tracks are original by the King – and titles include "Times Have Changed", "Groov-a-Lin ... LP, Vinyl record album