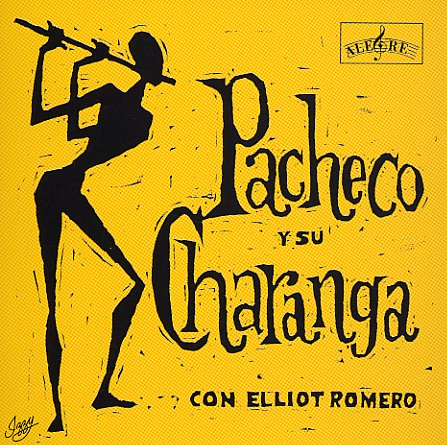 A landmark album, and the first-ever record on the young Alegre label – a sure-fire hit that put both the company and Pacheco firmly on the map! The record's a genre-setting batch of hard early charanga grooves filled with great flute work from a young Johnny Pacheco – recording here with a sharp, focused sound that really set a whole new level for the New York scene! The album's got a stripped-down sound that really paves the way for new inventions to come in 60s Latin – and other members of the group include violinist Jose "Chombo" Silva and vocalist Elliot Romero. The cover's a great Izzy Sanabria modernist ink drawing – and titles include "El Chivo", "La Melodia", "La Malanga", and the nice descarga "Tema De Pacheco".  © 1996-2023, Dusty Groove, Inc.
(Black label pressing with deep groove. Cover has a half split top seam, wide center splits in the spine and bottom seam, with a small corner tear in the back paste-on.)

Way Out - Vol 4
Alegre, Early 60s. Very Good-
LP...$43.99 49.99
4th volume in this great series of classic Latin descargas, featuring some of the greatest players of the sixties running through crack material that gives them all a chance to showcase their talents. Includes their massive version of "Manteca", plus another hard jazz mambo cut, "Ens ... LP, Vinyl record album