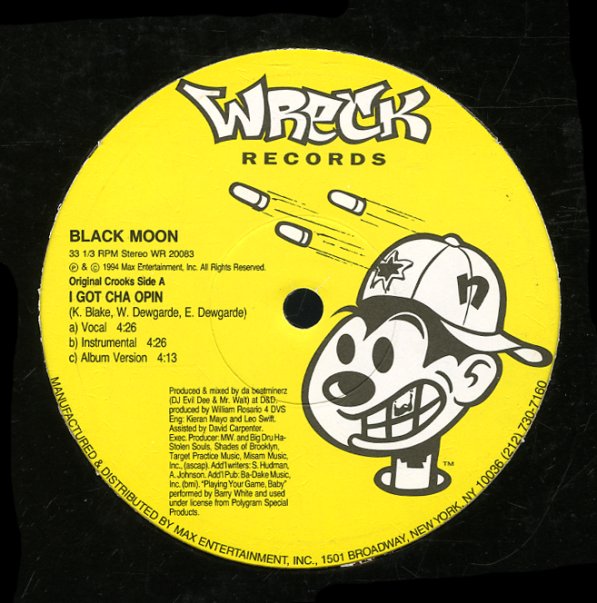 "I Got Cha Opin" is the second hit from the first LP. On "Reality" even with it's hardcore lyrics, the Beatminers still make amazing use of a Roy Ayers' mellow "We Live In Brooklyn."  © 1996-2021, Dusty Groove, Inc.
(Late 90s pressing with arrow labels. Labels are lightly stained and faded.)