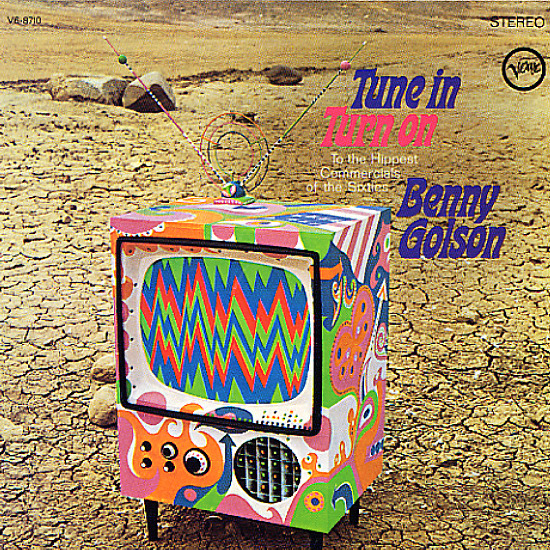 Tune In, Turn On

You know, in these days of vintage pop songs used ad nauseum in every commercial, it's easy to forget that at one time, loads of great music was written just for advertising! This great album was cut at the height of the Madison Avenue Music Industry – and it features Benny Golson leading a tight jazzy group through cool readings of some of the 60's grooviest commercials. You may recognize more than one of these as Now Sound/Easy classics – because they were so popular on TV that they actually crossed over to the pop charts in versions by other artists! Benny probably does the best job we've ever heard with them, though – as you'll find on cuts like "Wink", "The Swinger", "Cool Whip", "Fried Bananas", and a great version of "Music To Watch Girls By". The whole thing's as groovy as groovy can be – with guriar by Eric Gale, piano by Richard Tee, and drums by Bernard Purdie.  © 1996-2022, Dusty Groove, Inc.
(MGM stereo pressing.)

Heaven
Just Sunshine, 1972. Near Mint- Gatefold
LP...$99.99
An early musical moment from the Arica Institute – a spiritual collective whose many members supposedly recorded this album over the course of a night spent at the Electric Lady studio – with such a shifting lineup of sounds and participants, the album doesn't list any particular ... LP, Vinyl record album