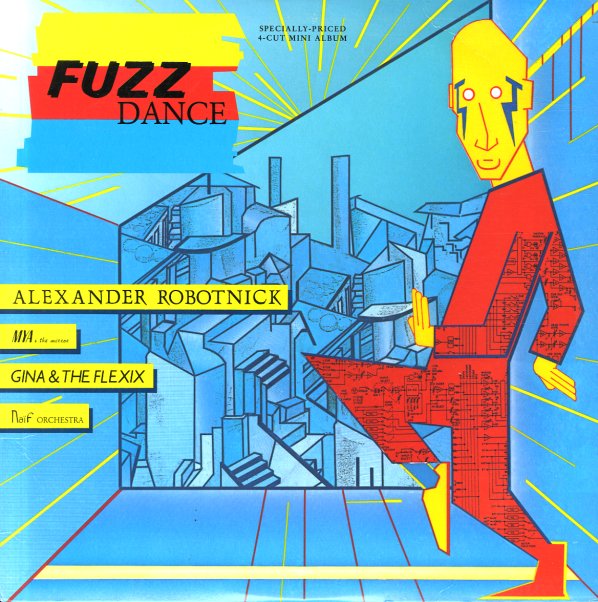 Strange little 4 track release in which Sire records was trying to break a lot of the early 80s electro disco groups from Italy into the US market. The album's notable, though, for it's inclusion of the great "Problems D'Amour" by Alexander Robotnick, a nice groover that has some strong currency today. Other titles include "Check Out Five" by Naif Orchetra, "I Wanna Believe" by Gina & The Flexix, and "Hesitation" by Mya & The Mirror.  © 1996-2021, Dusty Groove, Inc.
(Original pressing.)

Slave To The Rhythm
Island, 1985. Near Mint-
LP...$13.99
Pretty nice later work from Grace! Although we prefer the percolating disco meets reggae records Grace Jones cut with Sly & Robbie to this later effort – but there's no denying that on a couple of numbers she really clicks with producer Trevor Horn's slick sheen. With "Ladies & ... LP, Vinyl record album