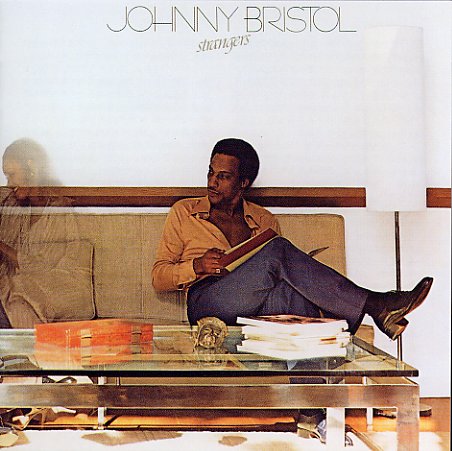 Excellent smooth soul from Johnny Bristol – working here in territory that's a lot more sophisticated than his earlier work, in the same vein as smooth modern soul singers like Leroy Hutson, Leon Ware, or Prince Phillip Mitchell! The album's got a sweet warm feel – and the richness of the songwriting and vocals make us wonder why Johnny wasn't a bigger star on his own – because each new track is a gem, and the album's got a quality level to match the best of the biggest names of the 70s! However, it's also gems like this that keep us digging through the history of soul music – looking under the surface of the big stars to find excellent work from "almost rans" like Johnny! Cuts include "Strangers in the Dark Corners", "If You Ever Need Somebody", "You Can't Have Love (Without Complications)", and "She's So Amazing".  © 1996-2022, Dusty Groove, Inc.
(Cover has light wear and a cutout notch.)