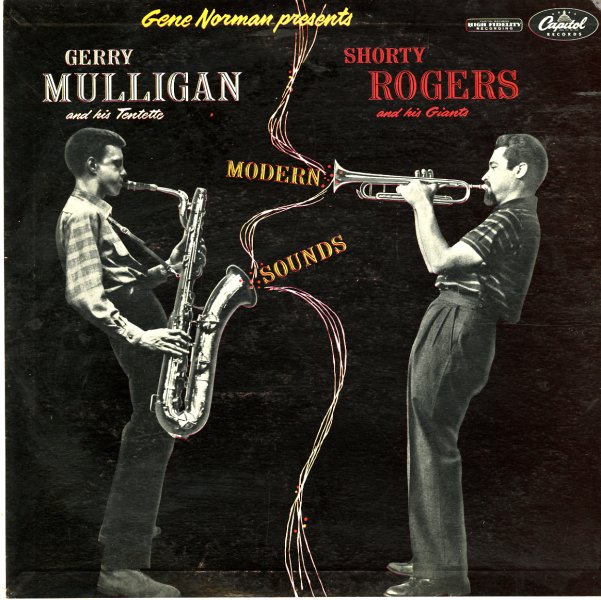 Great early west coast jazz! This album puts together 2 different sessions both recorded by Gene Norman in the early 50s. One features Shorty Rogers heading up a great group with Art Pepper and Jimmy Giuffre – on the tracks "Four Mothers", "Didi", "Sam & The Lady", and "Popo". The other features classic cool Gerry Mulligan material – played by a tentet with Chet Baker, Bud Shank, and Bob Enevoldsen. Titles on that one include "Westwood Walk", "Simbah", "Walking Shoes", and "Rocker".  © 1996-2021, Dusty Groove, Inc.
(Original turquoise label pressing. Cover has wide white tape along the seams.)