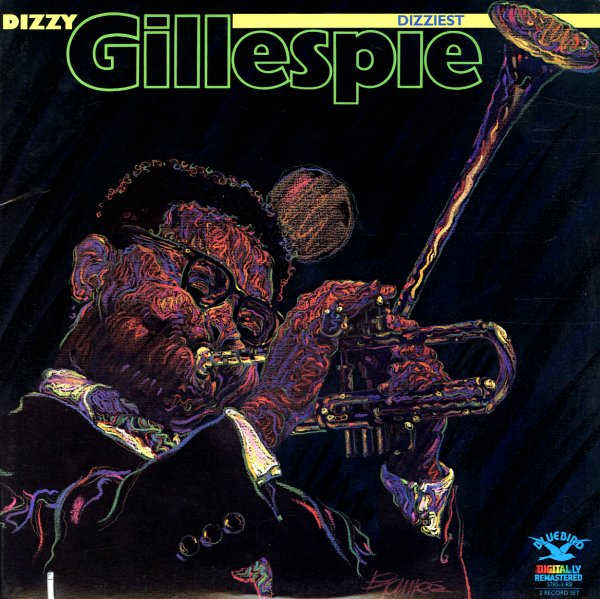 Great great 2LP set that features some of Dizzy's incredible late 40s work for Bluebird! The set not only includes some killer bop material, of the sort that made Dizzy an instant fave, even with folks who hated Bird – but it also includes some of Dizzy's early cubop recordings, which mixed jazz soloing and Latin rhythms. There's a huge amount of titles here, and nearly all of them are the stuff of legend. Tracks include "Minor Walk", "Cubana Be", "Cubana Bop", "Algo Bueno", "Night In Tunisia", "Ow!", "Two Bass Hit", and "Guarachi Guaro".  © 1996-2021, Dusty Groove, Inc.
(Cover has a cutout notch.)