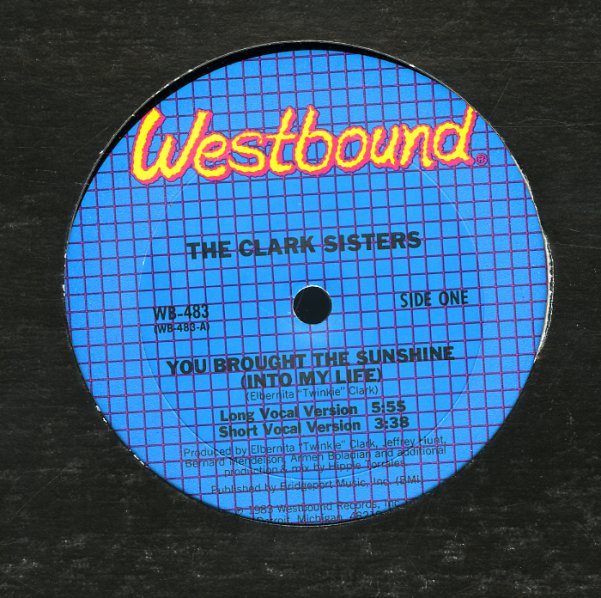 You Brought The Sunshine (Into My Life) (long voc, short voc, inst dub)

A killer cut! The Clark Sisters were mostly a gospel-oriented group, but they cut this amazing groover during the early 80s, and it's got a semi-secular sound that launched them into the mainstream soul world for a while. The cut's got a great stepping groove, a very catchy hook in the chorus, and a nice nice soulful sound.  © 1996-2020, Dusty Groove, Inc.
(White label promo.)