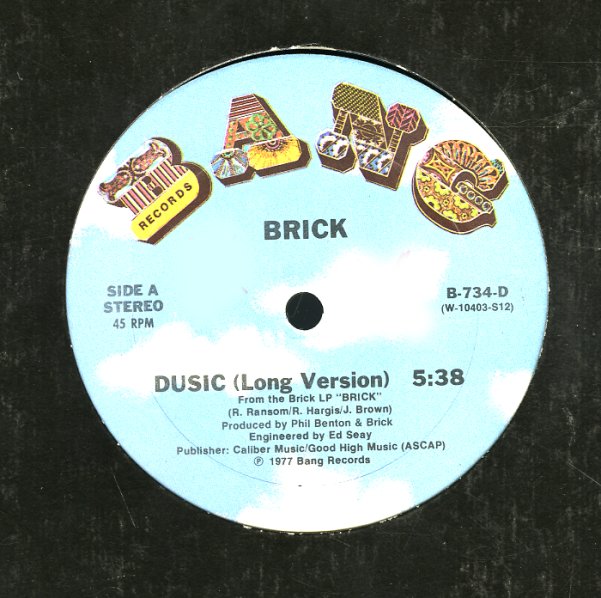 Nice 12" single pressing of the classic "Dusic", a great electric funk groover, made famous by a million west coast hip hop samples! The single also features the long version of the track!  © 1996-2021, Dusty Groove, Inc.
(In a Bang sleeve, with some wear and aging.)