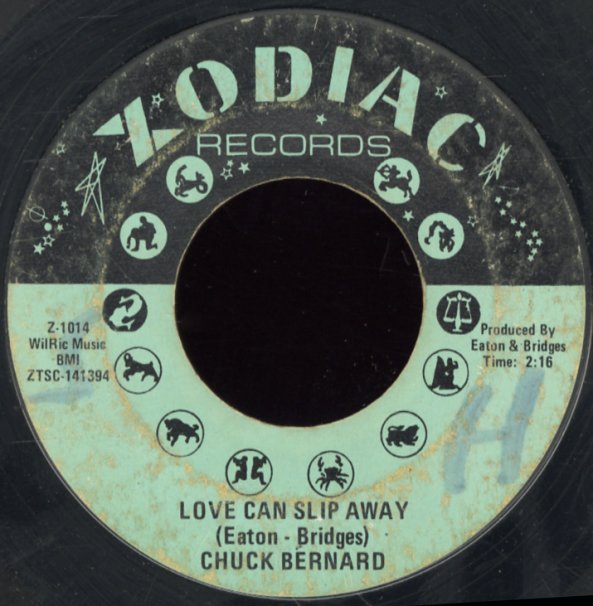 Beautiful! Chuck Bernard was one of the great unsung heroes of the Chicago soul scene, and this single is one of his finest. "Love Can Slip Away" is a haunting ballad track, with Chuck's raw vocals backed by some sweet harmonies and excellent stepping arrangements. "Bessie Girl" is a great cut with a catchy hook, and some very tight rhythm arrangements that have a nice "kick" to them. A great cut!  © 1996-2021, Dusty Groove, Inc.
(Label has ring and edge wear with some marker.)