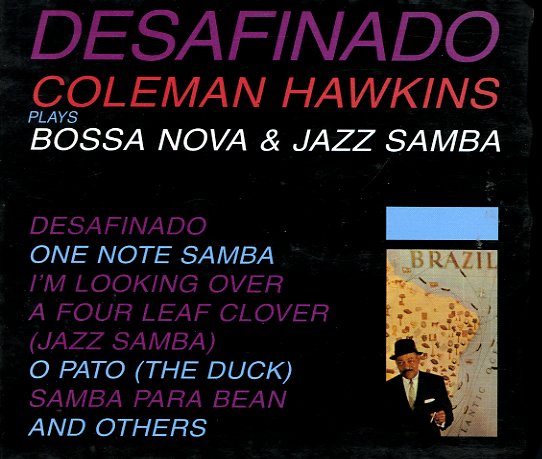 The Hawk, in prime late form, lays down some beautiful tenor solos over gentle bossa nova accompaniment – working in a mode that's much more satisfying than just a "classic player meets bossa" session, angularly crafting the solos with that dark edge that he had in all of his later work. The groove's similar to a Stan Getz bossa outing, with light acoustic guitar backing him up, but Hawkins' playing is very deep and soulful, and the groove gets very low. With the great cuts "Samba Para Bean" and "Stumpy Bossa Nova".  © 1996-2021, Dusty Groove, Inc.
(Mid 90s 180 gram pressing in a gatefold cover.)

Timeless Jazz
Jazztone, 1954. Very Good+
LP...$4.99
Obscure recordings that Hawk did for the Jazztone label in the mid 50s – sides that were not well packaged at the time, and often get confused with other work recorded for different labels. The tracks capture Hawkins at a wonderful period in his career – almost lost between eras, but ... LP, Vinyl record album