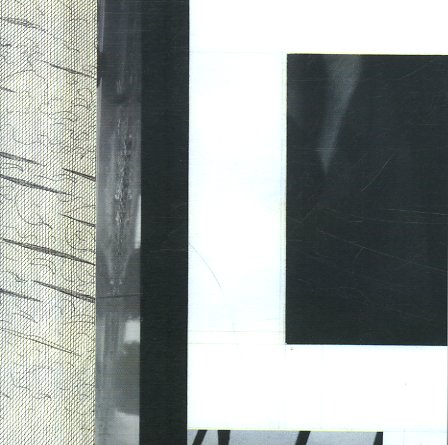 That's Loos/Armstrong, not Louis Armstrong – a late 90s Dutch group who improvise freely on both electric and acoustic elements – with a style that makes the record one of the most offbeat albums ever released on the Okka Disk label! In some ways, the combo almost tie together Dutch traditions of free jazz and electronic experimentation – with a lineup that features Gerald Bowhuis on piano, Huib Emmer on guitar, Johan Faber on drums, Patricio Wang on bass and guitar, and Dennis Rudge on voice – plus leader Peter Van Bergen on tenor, bass clarinet, contrabass clarinet, and some mighty cool electronics! At times, the use of voice adds almost a no wave element to the set – and on the set, Rudge reads from Sun Ra's "Endless Realm" , and "Amooooore", a 1916 text from Volt – on titles that include "FTE 1", "FA5 1", "FA 3", and "FL 1".  © 1996-2022, Dusty Groove, Inc.

Mouth Eating Trees & Related Activities
Okka Disk, 1996. New Copy
CD...$9.99 14.99
An important early album from reedman Mats Gustafsson – and one that has him working with older free jazz giants Barry Guy on bass and Paul Lovens on a range of percussion instruments, including a musical saw! Mats is clearly the star of the set – already an amazing master of tones, ... CD