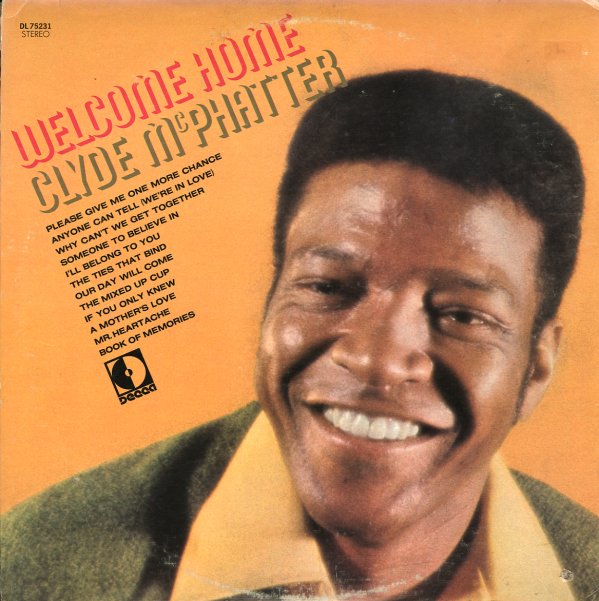 An excellent comeback album from the great Clyde McPhatter! The record was recorded in 1970, after Clyde had spent some time in Europe, kicking about and getting his head together. Clyde's vocals are as great as ever – and the backings are sublime, some of the best he ever received! The album's produced by the team of Norman Harris, Ronnie Baker, and Earl Young – and the trio also handled most of the arrangements, in that sweet late 60s style that was working such magic with Archie Bell & The Drells over at Atlantic. The standout cut on the album is "The Mixed Up Cup", a great soul number that begins with an excellent drumbreak that then goes into the sound of a cup being filled with water! Apart from that sound effect, though, the real strength is Clyde's voice, which is sweet, soulful, and honest on just about every track. Titles include "I'll Belong To You", "If You Only Knew", "Mr Heartache", "A Mother's Love", "Book Of Memories", "Someone To Believe In", and "Please Give Me One More Chance".  © 1996-2021, Dusty Groove, Inc.
(Cover has light wear and aging, with a promo ink stamp and some writing in pen on back.)