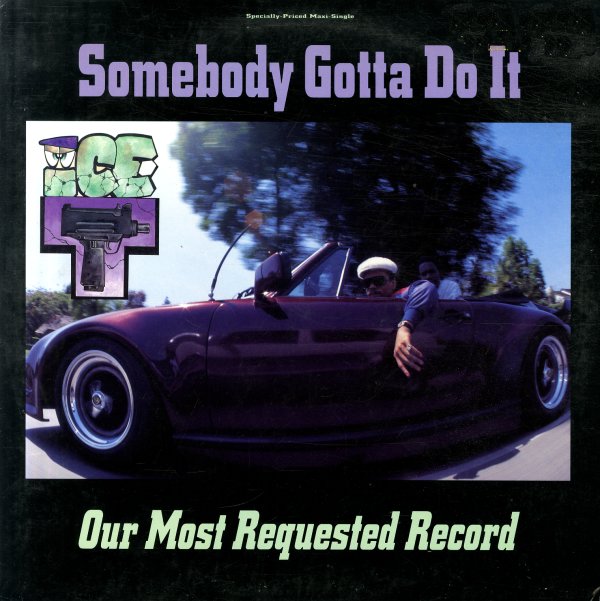 Dog'n The Wax (voc, inst, acapella)/6 In The Mornin'(voc)
Techno Hop, 1986. Very Good
12-inch...$19.99
Forget most of what Ice T has done in the past 10 years, this is one of his earliest and best singles. This single has the original recording of "6 In the Mornin", far better than the subsequent LP version, with lyrics along the along the lines of early Schooly D songs "Dog'n The ... 12-inch, Vinyl record