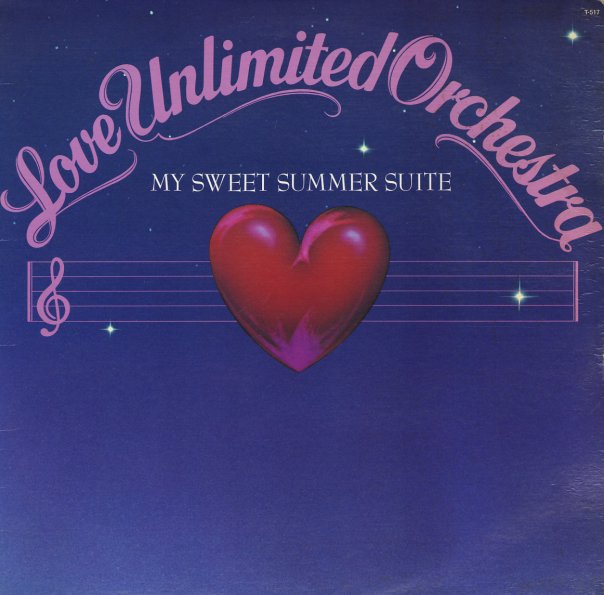 A wonderful album by Barry White – a bit later than some of the early 70s hits, but one of his most satisfying records overall! The perpetual favorite on the album is the great groover "Strange Games & Things", a slow sly funky track that's been sampled often over the years, and which is a perfect summation of the mix of heavy drums and orchestra that made Barry's records so great. The album's also got a lot of other very nice groovers, most of which have a more uptempo sound than "Strange Games", but all of which are very nice. Titles include "Brazilian Love Song", "My Sweet Summer Suite", and "You, I Adore".  © 1996-2021, Dusty Groove, Inc.

White Gold
20th Century, 1974. Very Good+
LP...$9.99
A wonderful album of funky instrumental tracks from Barry White – often overlooked because of the "greatest hits" association you could make with the "gold" in the title. The record's got that perfect Love Unlimited sound – heavy beats underneath, and the orchestra ... LP, Vinyl record album

Is This Whatcha Wont?
20th Century, 1976. Very Good+
LP...$9.99
Kind of a confrontational title, but still an excellent batch of grooves from The Maestro, with heavenly production, and lots of long drawn-out sexy grooves. Cuts include "Don't Make Me Wait Too Long", "I'm Qualified To Satisfy You", "Your Love – So Good I Can't Take ... LP, Vinyl record album

Imaginations
20th Century, Mid 70s. Very Good+
LP...$19.99
An excellent group soul from Chicago – and no wonder, since The Imaginations were previously Brighter Side Of Darknes, a sublime falsetto harmony group who had a huge hit in 1972 with "Love Jones". This record's very much in the vein of that song – but also features a ... LP, Vinyl record album

Taste Of The Younghearts
20th Century, 1974. Very Good+
LP...$11.99
Standout work from The Younghearts – one of the best harmony soul groups of the 70s to record away from the east coast. The group's vocals are the strongest thing about the record – but they get a great extra push from Vernon Bullock, who produced and conducted the record with a nice ... LP, Vinyl record album