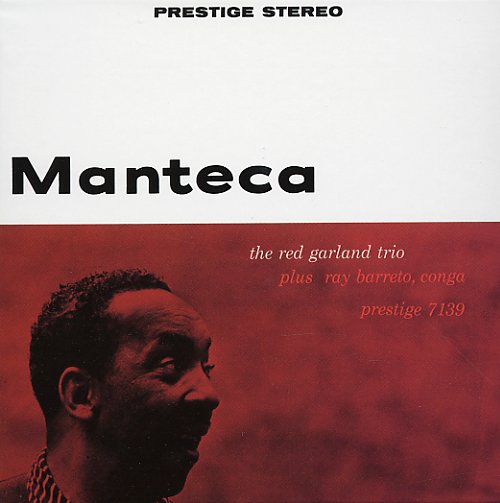 One of the best by Red Garland for Prestige – a totally cooking record that features some great added conga work from Ray Barretto! Ray's presence really helps the record live up to its Latin-styled title – and Garland's usual trio with Paul Chambers on bass and Art Taylor on drums seems to get a whole new life from the added percussion – really stepping things up with a bit more of a groove than usual! The title cut – "Manteca" – is an 8 minute jam that's gone onto become a real jazz dance classic – and other tracks include "Exactly Like You", "S'Wonderful", and "Mort's Report".  © 1996-2020, Dusty Groove, Inc.
(Black & silver label stereo NJ pressing with RVG Stereo stamp. Vinyl has some oxidation and plays with some crackles. Cover has light aging and a name in pen on back.)