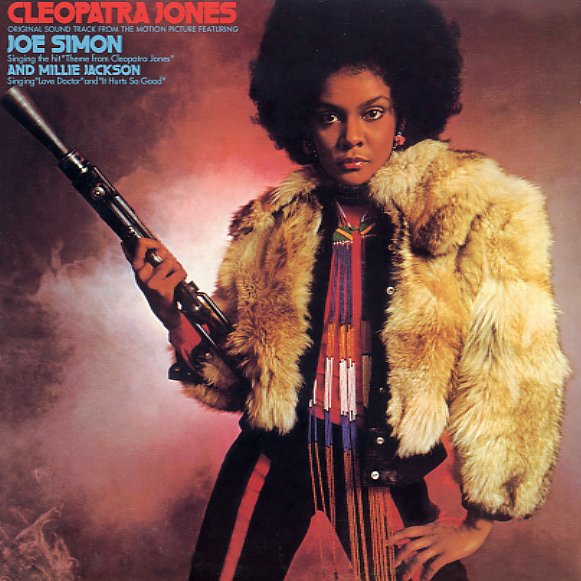 One of the best of the blacksploitation scores of the early 70s – a masterpiece of music that we rate every bit as high as Shaft or Superfly – maybe even higher! The music here is incredible – a surprising funky turn for JJ Johnson, who most folks know for his straighter jazz work – and like Marvin Gaye, Barry White, and others who were surprising the world with their ability to score music for a full film during the early 70s, JJ really knocks it out of the park with this one – coming up with a batch of tunes that are a wonderful mix of sophisticated scoring, creative instrumentation, and some damn funky grooves! The title cut features Joe Simon on vocals, and Millie Jackson sings on the cuts "Love Doctor" and "It Hurts So Good". The rest of the set is instrumental, and other cuts include an instrumental take on "Cleopatra Jones", plus "Go Chase Cleo", "Goin To The Chase", "Wrap Up", and "Airport Fight".  © 1996-2021, Dusty Groove, Inc.
(White label promo. Cover has a center split spine and a hype sticker.)