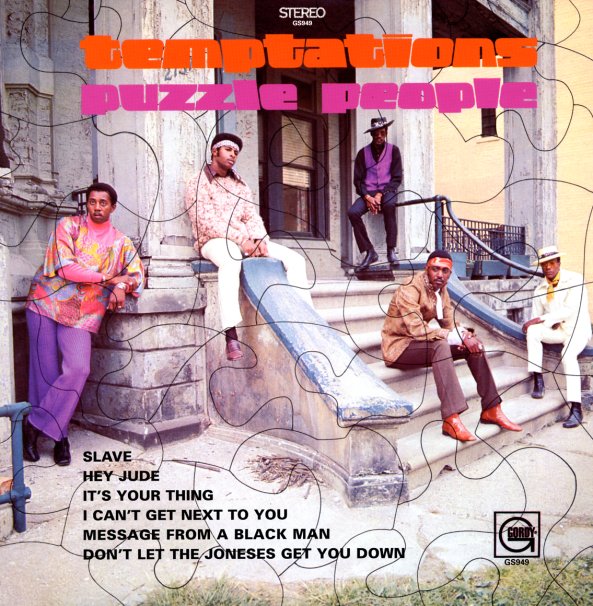 A classic set of psychedelic soul from this fantastic 60s group! The record is one of the groundbreaking albums the Temps cut with producer Norman Whitfield – and it's a landmark session that perfectly showcases what Whitfield's full-on, guitar-heavy, bassy-bottom style could do for the group! A few mellow cuts hearken back to earlier days – but there's some excellent moments that really let the new sound shine – soaring out with trippier touches that are totally great! Highlights include the storming cut "I Can't Get Next To You", a trippy remake of "Hey Jude", the original "Don't Let The Joneses Get You Down", and the haunting "Message From A Black Man" – one of the most righteous moments ever in late 60s Motown!  © 1996-2023, Dusty Groove, Inc.
(Purple label pressing. Cover has light wear and aging, and some pen on the front, back and labels.)