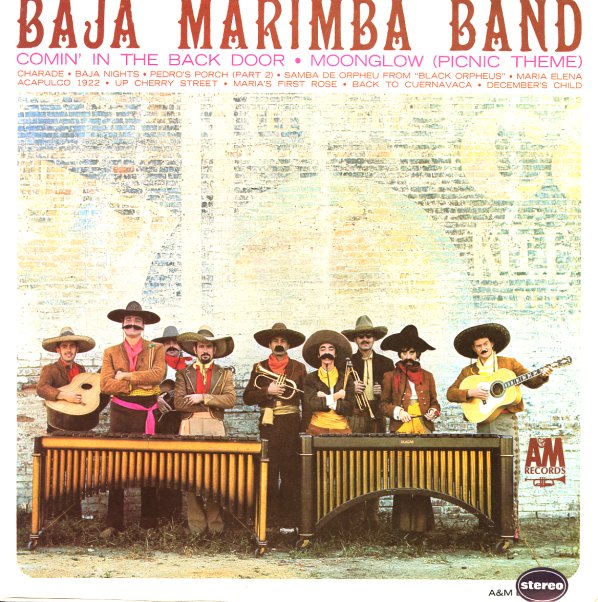 After the huge success of Herb Albert's Tijuana Brass albums, A&M got vibist Julius Wechter (ex-Martin Denny) to come up with a similar ensemble in the Baja Marimba Band. The group has a goofy pseudo Mexican sound – but is really just a bunch of LA studio guys goofing it up on pop tracks like "Up Cherry Street", "Comin In The Back Door", "Charade", "Baja Nights", "Pedro's Porch", and "December's Child".  © 1996-2022, Dusty Groove, Inc.
(Brown label pressing. Cover has some discoloration from age and splitting in the bottom seam.)