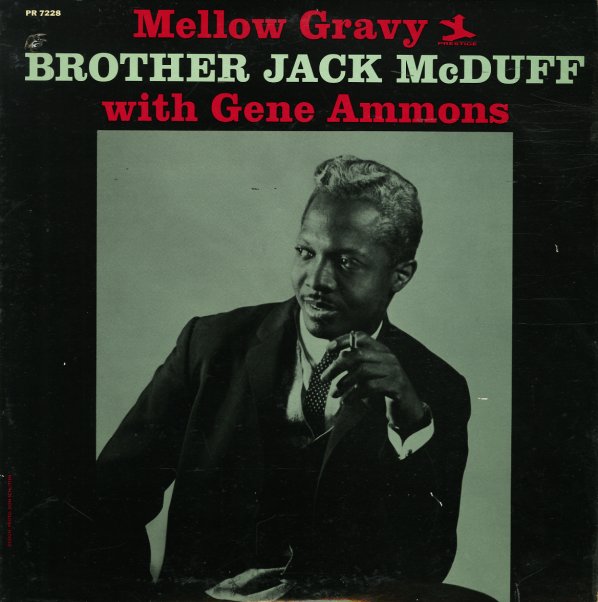 Mellow Gravy is right – an early killer from Jack McDuff, from that time when he was really tightening up his sound on the Hammond, and working with a top-shelf group that really pushed things over the top! All tracks are nice and long with great solos – and in addition to Jack on the organ, the gr group features Gene Ammons on tenor, Eddie Diehl on guitar, and the mighty Joe Dukes on drums – save for one track where Harold Vick comes in on tenor for Ammons! Titles include "Watch Out", "Strollin", "Mr. Clean", and "Buzzin Round".  © 1996-2021, Dusty Groove, Inc.
(Blue label pressing, with Van Gelder stamp. Cover has some light peeling of the laminate near the opeing, but is great overall.)