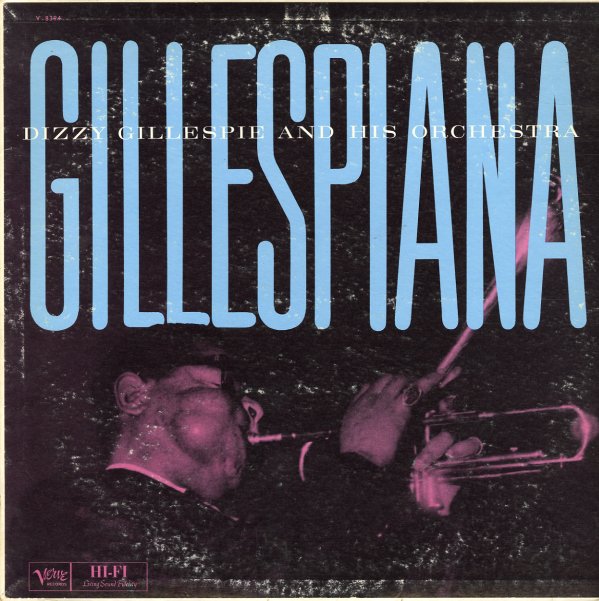 A great burner from Diz – and one that features a large group, long tracks, and some stellar early work from Lalo Schifrin! Schifrin was in Diz's group at the time, playing piano and contributing fantastic Latin-tinged arrangements that gave the band a whole new life. Other players on this session include Candido, Leo Wright, Julius Watkins, and Willie Rodriguez – and the tracks include "Africana", "Blues", and "Panamerica".  © 1996-2021, Dusty Groove, Inc.
(Stereophonic Verve Records Inc pressing. Cover has light wear, aging, and a half split top seam.)

Prez & Teddy (Jazz Giants 56/Pres & Teddy)
Verve (UK), Mid 50s. Near Mint- 2LP Gatefold
LP...$14.99
A pair of Verve Classics – back to back on this UK album from the 70s! First up is Jazz Giants 56 – a timeless ensemble session from Verve Records! The feel here is almost in jam session mode, but perhaps a bit tighter – a group of all-star players from the mid-50s, with Lester ... LP, Vinyl record album