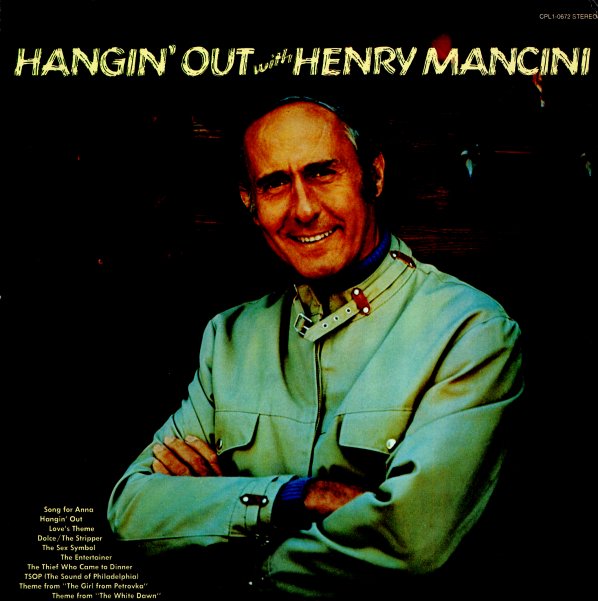 Very cool work from Henry Mancini – and one of the key 70s albums to feature the maestro himself playing an Arp! The added electric presence of the instrument really brings a lot to the usual Mancini charts here – creating some cool spacey and soulful moments you wouldn't expect, and some of those surprising Mancini funky bits that show up on records from the time! The set features a great medley of Barry White's "Love Theme" and MFSB's "TSOP"; classic soundtrack material like "The Thief Who Came to Dinner", "Theme From White Dawn", and the great sample track "Theme From The Girl From Petrovka" – plus the tracks "The Sex Symbol", "Hangin' Out", "Song For Anna", "The Stripper", "Dolce" and "The Entertainer".  © 1996-2022, Dusty Groove, Inc.
(Cover has light wear.)