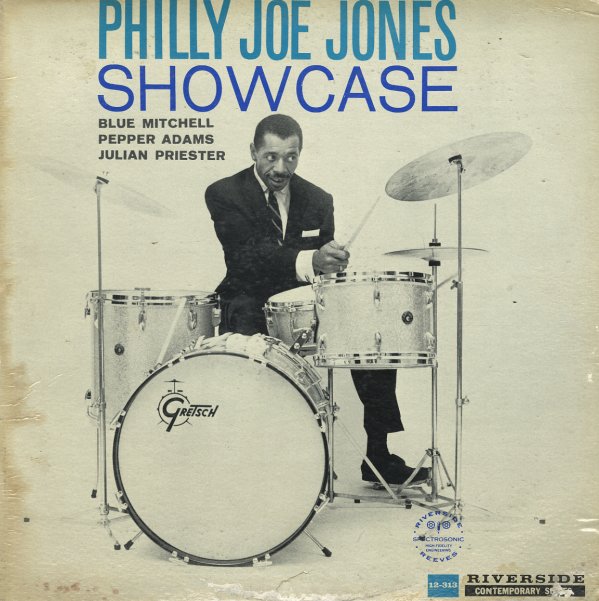 A record that's definitely a showcase for the drums of Philly Joe Jones – definitely a rising talent at the time – but one that also features excellent work from a modernist hardbop group – with a very unusual lineup that includes Bill Barron on tenor and Julian Priester on trombone! Other players include Pepper Adams on baritone, Jimmy Garrison on bass, and either Charles Coker or Sonny Clark on piano – a killer lineup that makes sure that the album explodes with new ideas throughout! Titles include "Battery Blues", "Minor Mode", "Joe's Debut", and "Gwen", which features a smaller group, with Jones on piano!  © 1996-2021, Dusty Groove, Inc.
(Japanese pressing, with insert – SMJ 6193. Cover has some light aging near the opening edge, but is nice overall.)