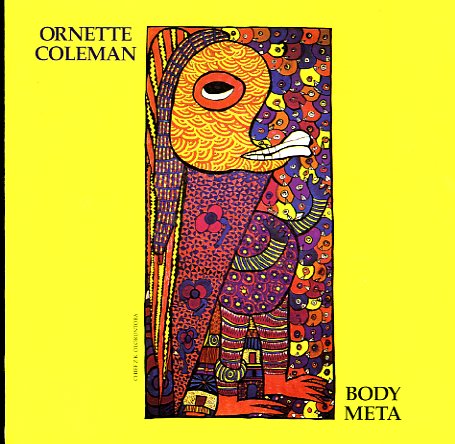 Heavy duty stuff, and one of Ornette's best LPs from the 70's. Recorded in 1976, this is a perfect demonstration of the harmelodic style, with the whole group jaunting along in tight choppy bits. James Blood Ulmer's on guitar, and the sound is very dark and deep. Tracks include "Voice Poetry", "Macho Woman", and "Home Grown".  © 1996-2023, Dusty Groove, Inc.
(Without booklet.)

Skies Of America
Columbia, 1972. Near Mint-
LP...$24.99 34.99
A brilliant large ensemble work from Ornette Coleman – ambitious material recorded with full orchestra, in a haunting sound that's light years from any of his smaller group recordings of the 60s and 70s! There's an incredible feel to the strings used here – played by the London ... LP, Vinyl record album

Jim Hall Guitar/Red Mitchell Bass
Artists House, 1978. Near Mint- Gatefold
LP...$19.99
An overlooked gem from the sublime Artists House series of the 70s – a rare chance to hear Jim Hall in a really stripped-down setting! The record features spare duets between Hall's guitar and the acoustic bass of Red Mitchell – both players who worked together on the LA scene of the ... LP, Vinyl record album

Once Upon A Summertime
Artists House, 1977. Sealed Gatefold
LP...$36.99
Long, open-ended later work from Chet Baker – the kind of album that still had him working out interesting ideas in his music! The group features Harold Danko on piano, Greg Herbert on tenor, Ron Carter on bass, and Mel Lewis on drums – on cuts that include "ESP", "Shifti ... LP, Vinyl record album