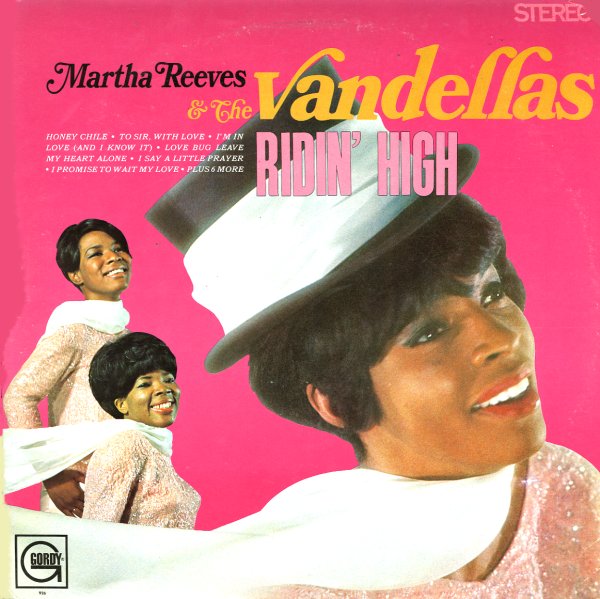 After a few years a Motown's big crossover chart star, how could Martha not be Riding High? This album keeps the groove right on rolling, with a strident batch of girl soul tracks that includes a mixture of pop and Motown tunes – including "Forget Me Not", "Honey Chile", "I Promise To Wait My Love", "I'm In Love", and "Show Me The Way".  © 1996-2023, Dusty Groove, Inc.
(Purple label stereo pressing with deep groove. Vinyl is great! – but the bottom inch or so of the cover has staining, waviness, flaking - due to moisture. Light ring wear and a cut corner. Includes Motown inner sleeve.)

Ain't That Good News
RCA, 1964. Near Mint-
LP...$24.99
Good news galore from the great Sam Cooke – maybe THE album in which he fully shows off his unique contribution to soul music in the 60s – that mix of raw and sweet, easygoing and progressive – a mode that had a huge impact at the time, and went onto become a strong influence for ... LP, Vinyl record album