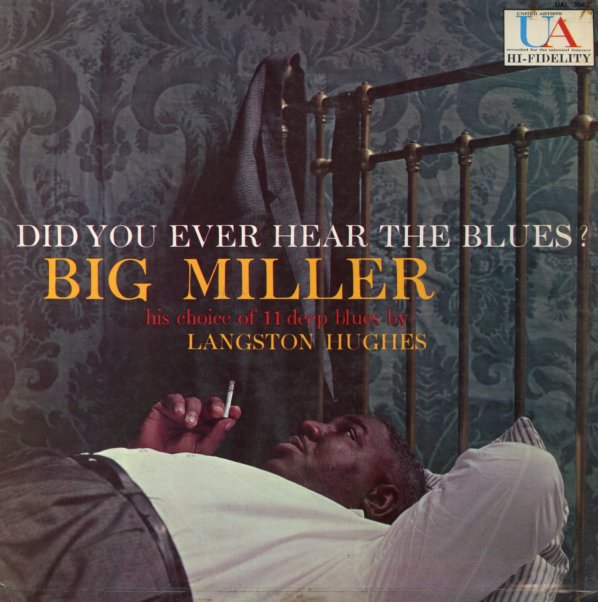 Did You Ever Hear The Blues

Nice obscure set of blues material recorded for United Artists – featuring the little-known Big Miller performing a set of 11 compositions from the pen of Langston Hughes. The backing on here is similar to that of a Jimmy Rushing album from the same time – as it includes arrangements by Budd Johnson, and small group playing by trad-oriented musicians like Chet Amsterdam, Barry Galbraith, Vic Dickenson, Al Cohn, and Jimmy Cleveland. Tracks include "Cool Saturday Night", "Five O'Clock Blues", "Did You Ever Hear The Blues?", "Lament", and "Got To Live".  © 1996-2022, Dusty Groove, Inc.
(Mono red label promo, with deep groove. Cover is nice – save for a very tiny split in one corner – beautiful everywhere else.)