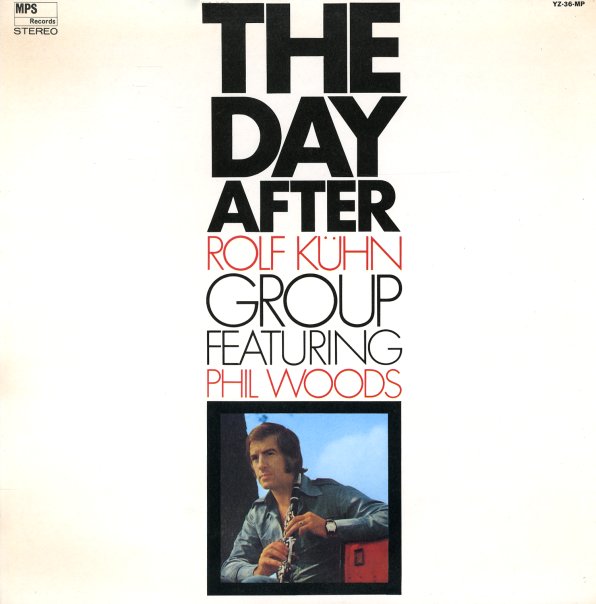 One of the best Rolf Kuhn sessions we can think of – and a classic MPS album that mixes spiritual avant garde jazz with unusual rhythmic progressions and world percussion. Rolf's group here features Phil Woods guesting on alto, a great companion for Rolf's fluid clarinet lines, which sound here more like soprano sax, blown in a spiritual post-Dolphy kind of way. Nana Vasconcelos is on percussion and berimbau, and Joachim Kuhn plays piano. Tracks include "The Day After", "Turning Out", "Everything In the Garden", and "CA 1-9-5-2".  © 1996-2021, Dusty Groove, Inc.
(Japanese pressing, with obi – in a great gatefold cover!)