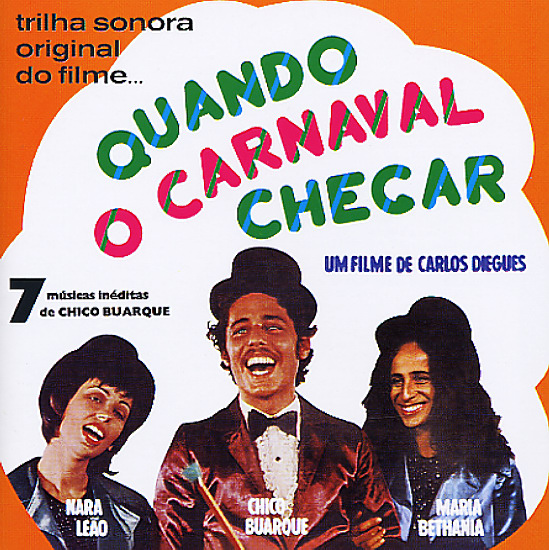 A fantastic soundtrack recorded in the immediate post-Tropicalia years – featuring some of the best early 70s work by Chico Buarque, Nara Leao, Maria Bethania, and others! The cover has a mad image with Buarque, Leao, and Bethania in top hats and shiny uniforms – and the music follows up with a similarly lively spirit – samba-esque, with other touches of rock and jazz production that give the work an expansive and trippy feel. Roberto Menescal handled the arrangements – and titles include "Cacada" by Chico Buarque, "Mais Uma Estrela" by Nara Leao, "Soneto" by Orquesta De Cordas, "Soneto" by Nara Leao, "Partido Alto" by MPB-4, "Formosa" by Nara Leao & Maria Bethania, "Baioque" by Maria Bethania, and "Cantores De Radio" by Chico, Naria, and Maria together!  © 1996-2022, Dusty Groove, Inc.
(80s pressing. Cover has light wear and aging.)