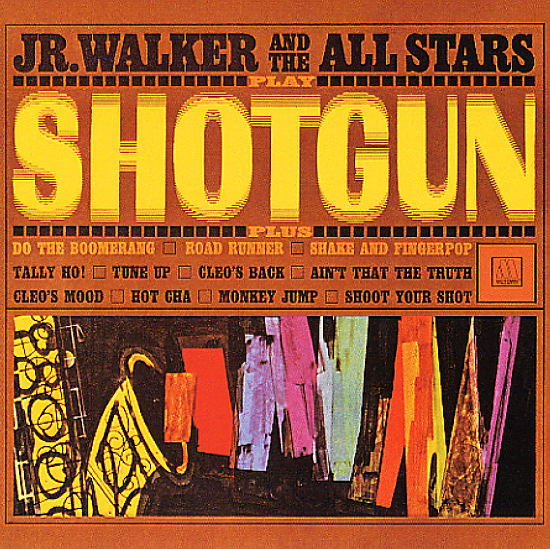 One of the all-time classics from Jr Walker & The All Stars – key proof that Motown could groove even when nobody was laying down vocals! As you might guess from the title, the album features the group's huge hit "Shotgun", plus lots of other cool funky little tracks like "Cleo's Back", "Tune Up", "Monkey Jump", "Do The Boomerang", "Shake & Fingerpop", "Shoot Your Shot", and lots more! The album's one of the group's strongest for Motown – and features that tight snapping groove that helped Jr take the tenor out of the R&B sound of the 50s, and place it into a whole new mode for the soulful 60s!  © 1996-2022, Dusty Groove, Inc.
(Canadian black and white label Tamla Motown pressing. Cover has light wear.)

Peace & Understanding Is Hard To Find
SOUL, 1973. Near Mint-
LP...$13.99
A record that has Jr Walker and the group stepping out with some of the righteous touches promised in the title – partly in the choice of songs on the set, which are all nicely tucked into that strong mix of deep soul vocals and saxophone lines that had become the Jr Walker groove! The set ... LP, Vinyl record album