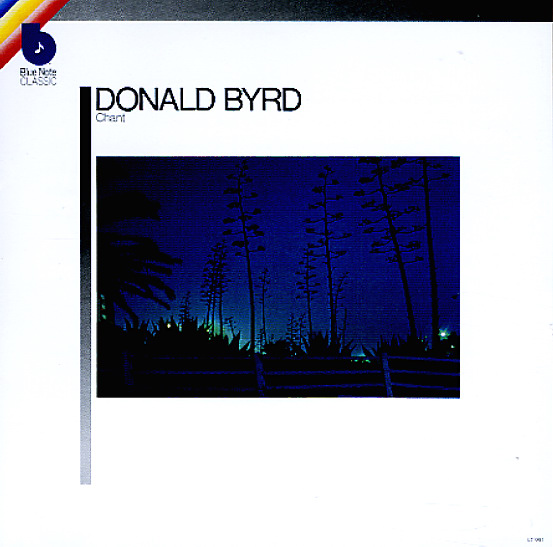 A Donald Byrd treasure – and an album that was almost left in the vaults by Blue Note, until they briefly released it at the end of the 70s! The cover and title are a bit unfamiliar, but the music is right up there with Byrd's classic sessions with baritonist Pepper Adams – a great player here, with a deftness on his horn that's incredible – matching all the sharp changes and soulful undercurrents of Byrd's sparkling trumpet! There's a nice hard sound to the whole thing – almost the raw power of the pair's albums for the Warwick label – and as with those, Herbie Hancock is on piano – giving the whole thing an excellent soul jazz groove that really kicks the main soloists into action! Titles include "Great God", "I'm An Old Cowhand", "That's All", "You're Next", and "Chant".  © 1996-2022, Dusty Groove, Inc.
(Cover has some ink stamps and light wear.)

Orchestra 1 – Blue Flame
MPS (Germany), 1976. Near Mint-
LP...$34.99
One of three large group records that Francy Boland recorded after the breakup of the Clark/Boland Big Band, but one that has a feel that's very similar to the material by the classic CBBB. In fact, much of the personnel remains the same, and the group includes Benny Bailey, Tony Coe, Ronnie Scott, ... LP, Vinyl record album

Double Exposure
Chess/Cadet, Late 60s. Near Mint- 2LP Gatefold
LP...$7.99
Forget everything you know about Woody Herman – and enjoy this amazing record! The album compiles sides that Woody recorded at the end of the 60s, when he was working with the Chess/Cadet team on some fantastic funky big band material. Most of the tracks feature arrangements by Richard ... LP, Vinyl record album